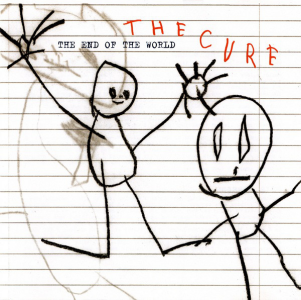 Not much to say about this. It’s a middlin’ single by a band that’s seen better days. It’s better than dross like “Just Say Yes” or “Gone”, but otherwise, it’s a pallid reminder of a band that once created singles like “Catch”, “A Forest”, and “The Love Cats”.

The b-sides aren’t much better. “This Morning” is perhaps best thought of as self-parody. It features trite, nihilistic lyrics by a band that’s synonymous with college-radio gloom rock:

“This Morning”, The Cure

As for “Fake”, Robert Smith doesn’t dream, and he’s tired of you holding him.

Really, there’s nothing bad about this 3-track single, but the best thing about it is the artwork. Like the eponymous album from which this single was drawn, the artwork was created by Robert Smith’s young nieces and nephews (who were prompted to draw a “good dream” and a “bad dream”), and I’d have enjoyed hearing the stories behind the drawings.